Keeping a nation engaged during an election

How we helped NewsFirst go from a concept to a finished product in a few weeks.

NewsFirst wanted us to design an Election Map in 14 Days.

When NewsFirst reached out to us in late June 2020, it was only 6 weeks before the Sri Lankan Parliamentary Election of 2020. As a leading media company in the country, they needed a state-of-the-art website for their election results program that had the capability to keep millions of people engaged. But time was running short, under normal circumstances, this would at least take a few months.
‍
However, we didn't have a few months, we had 2 weeks and on top of that we've never had any experience with the election system of the country before, but we were confident we had the right people and the right design processes in place to build a solution in a few days.

To begin, we studied the solutions that others have created prior to this election. Along with some of the best election systems done by some of the biggest media companies around the world.
‍
We then combined these solutions, making pointers and gathering insights. 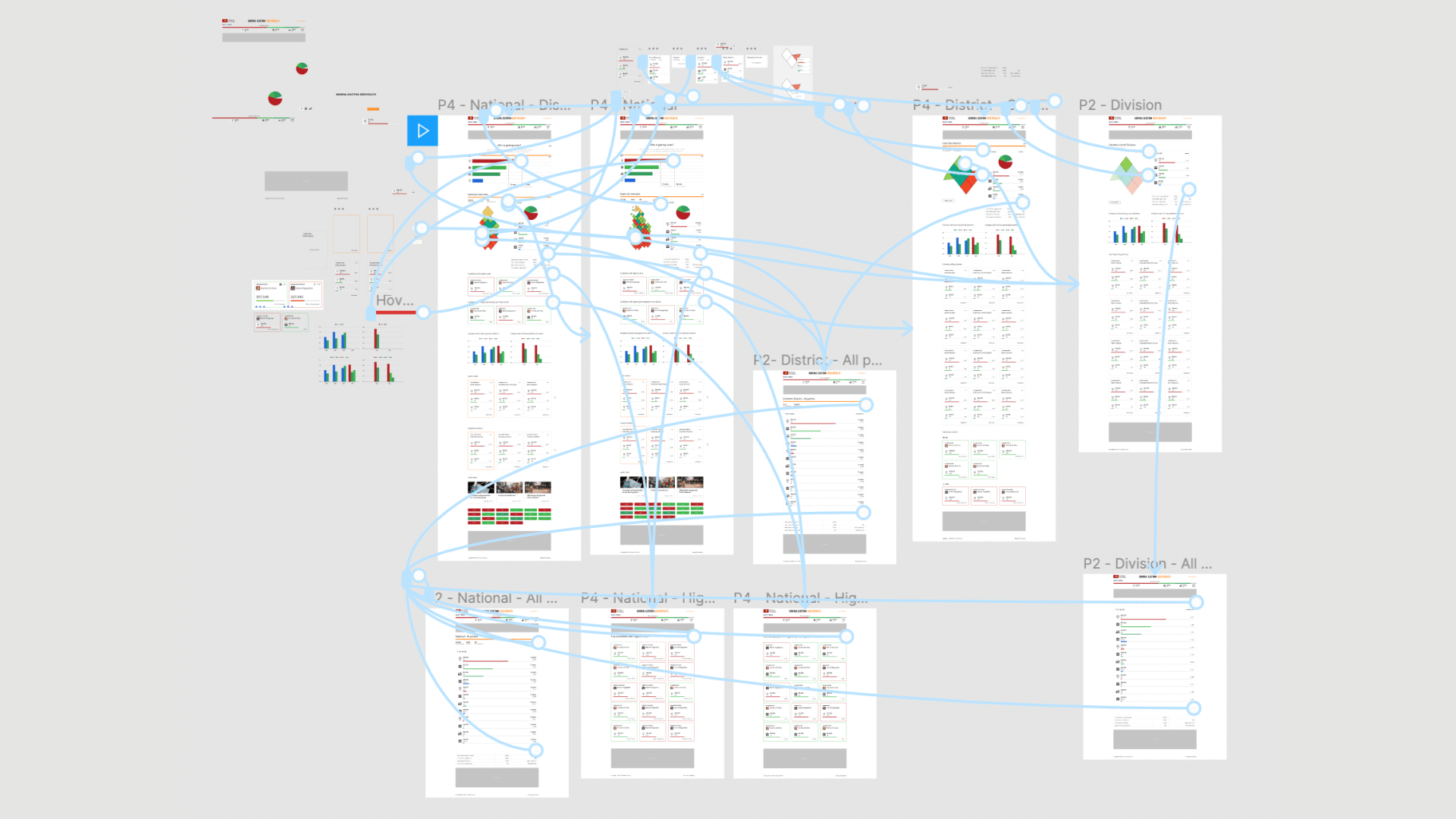 Designing an interface that was well suited for this particular election

We followed a scientific data-driven method to understand our audience and what they needed. We had to keep in mind that there are always constraints that we needed to follow. Eg. We had to follow Government protocols, Election Committee rules and regulations, and their forecast methods as well.
‍
Then we mapped out the different stages of how the election results are released to the public, in order to develop a tailor-made system that fitted the way the results were predicted to be released for this particular election.

Despite the tight design and development time, the website was online by-election day with a huge influx of traffic on the site.
‍
Considering the tight timeframe we initially worked with, NewsFirst was highly satisfied by the performance and high-retention rates that the website maintained throughout the election.
‍
It was a great experience for our young team, collaborating with local media giant NewsFirst to design a solution that reached millions of engaged Sri Lankans. 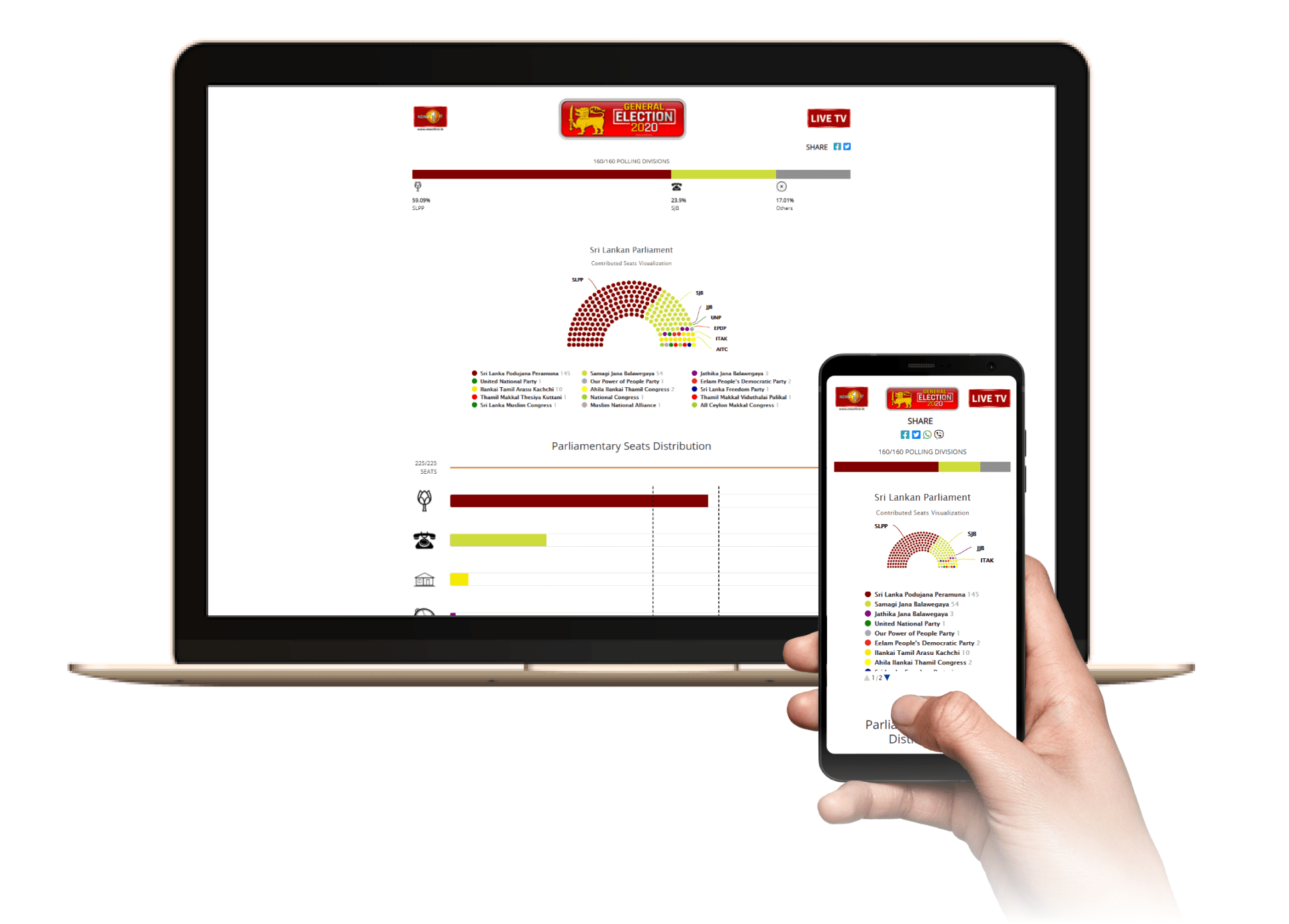